Raw vegans could be at risk for deficiency since K2 is only converted minimally from K1. A great vegan source is natto, fermented soybeans, or a supplement.

A lot of people are worried about getting enough calcium on a raw vegan diet.

However, in my years of researching the raw vegan diet and mentoring people to health I’ve never found that insufficient calcium is an issue.

What is a potential issue, however, is making sure that the calcium we consume gets to where it needs to go:  into our bones, instead of building up in our arteries and veins and other tissue.

We need calcium in our bodies, but we need it to be in the right places.

That’s where Vitamin K2 (aka Menaquinone) comes in.

K2 guides the calcium we consume in our foods (or supplements) to the right places in our bodies.  A vitamin K2 deficiency can mean that calcium ends up depositing itself in our arteries, varicose veins, as heel or bone spurs.  It has been shown that some cancers like lung/prostate/leukemia are more common where K2 is lacking.

What’s the difference between K1 and K2?

Vitamin K1 is important for blood clotting, and deficiency is easy to determine but rare.  If you’re blood doesn’t clot easily you likely are deficient.  Symptoms include easy bruising and bleeding.  It’s easy to get K1 though, from eating green leafy vegetables, and it’s present in fruit to a smaller degree.  But we don’t need much.

Vitamin K1, on the other hand, is very commonly deficient and deficiency is difficult to detect.  Often it can go undetected for years and then all of a sudden the person will suffer a heart attack or stroke.

There is some debate amongst raw vegans about whether we need to be supplementing or not.   Some say that, provided our gut bacteria is working well, that we can convert the K1 in leafy green veggies into K2.

Some say that the amount of K2 provided by converting K1 is so miniscule that it’s insufficient.   Dr Kate Rheaume-Bleue, author of Vitamin K2 and The Calcium Paradox is one such expert and author that says we shouldn’t be relying on K1 to effectively convert.

There are a few reasons why modern humans easily become deficient in Vitamin K2:

1)    Widespread anti-biotic use interferes with our gut bacteria colonies and prevents K2 from being produced internally.

2)    If we were to eat grass-fed animals or animal products such as egg yolks, butter, organ meats, goose liver, and some types of cheese, we would get some K2, but generally people are eating grain-fed animals instead and these aren’t sufficient sources of this essential vitamin.   (**As vegans we can’t rely on getting our K2 from animal sources at all.  And why would we want to eat those things, and suffer other deleterious health effects, if we could meet that nutrient need from vegetable matter?)

3)    We don’t consume as many fermented foods as humans in the past did.  Fermented foods (some) are a good source.   More on this later.

4)    Our consumption of transfats interferes with our ability to metabolise K2.

As a raw vegan you probably don’t consume transfats, but you still may have lingering compromised digestion from antibiotic use in the past (or more recently).  And if you’ve made a choice not to eat fermented foods, that rules out another good source of K2.

If you want to try fermented food for K2 then Natto (fermented soybeans – not raw) is an excellence source.  Just ½ an ounce per day will give you all you need.

I bought some recently from the Asian supermarket and it really wasn’t too bad.  People will tell you it stinks and has a strong flavour.  It doesn’t.  It’s really quite bland and if you mix it with a little tamari it tastes quite nice.  It’s not raw though, so if you’re wanting to be 100% then it’s not for you.

Personally, I like to do my research and make my decisions based on what I feel to be right given the variety of evidence on the table.

If you don’t like natto as a source then you might purchase a K2 supplement in the form of MK-7 (which basically means it’s a long-chain form found in fermented foods).  It will be vegan, so you don’t need to worry there, but absorption may not be quite as effective as eating a food-based source.

It’s really up to you.

How supplementing Vitamin D can be a problem

More and more these days we are aware that many people are deficient in Vitamin D, particularly those in the northern part of the northern Hemisphere where days are shorter and people are working indoors much of the time, and not getting enough sunlight on their skin.

So people are turning to Vitamin D supplements, which are important, but the problem is that while Vitamin D causes you to absorb more calcium, it has no control over where the calcium goes, and without K2 that calcium could well be depositing in their arteries.

Another good reason to make sure you’re getting enough K2.

I’ve really just covered the surface level information here about vitamin K2.  If you’d like to explore more then I recommend reading my friend Val’s very comprehensive blog post about this vital topic, and checking out Dr Kate’s book.

What are your thoughts on K2?  Do you think you should be supplementing?  Are you concerned you may not be getting enough?  What are you doing to take care of your K2 needs?  Share in the comments section below…

Check out my ebook! 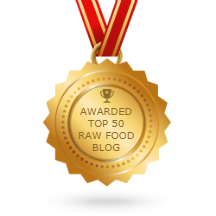